Water WISER research will address the challenge of providing resilient, effective water, sanitation and waste management/reuse services in the cities of the future.  It will provide new insights to help deliver the more than $50 billion annual investment which is needed to secure the future of an additional 2.5 billion people who will become urban between now and 2050, primarily in Africa and Asia.

Water-WISER research will focus on developing new approaches (technologies, financial tools, institutional arrangements and responsive planning) and embedding ideas into action on the ground in rapidly growing cities in emerging economies.  There are significant opportunities to innovate, free from the physical constraints of investment decisions made decades earlier (that exist, for example, in parts of the UK).

Individual research projects are developed by Water-WISER researchers during the first year in partnership with academic supervisors and industry partners to ensure that research is relevant, impactful and achievable.  Examples of some of the areas of work that are covered are given below. 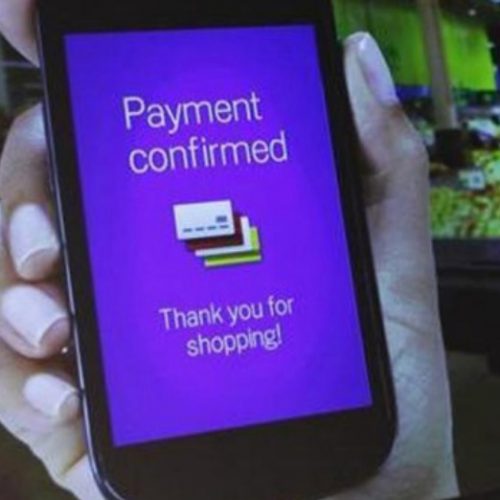 Effective, universal water, sanitation and waste management services are expensive and require strong commitment from local government.  A substantial proportion of the costs relate to ongoing operation and maintenance (OPEX) or recurrent costs.  Sources of funding are limited, and local authorities are actively seeking tools and insights about how best to allocate scarce public finances in ways which promote the most effective service delivery possible.  Information on the real lifecycle costs of services, and the potential revenue streams that could be derived if innovative delivery mechanisms were deployed are scarce.  There is also a lack of understanding of how improvements in WASH services can drive other economic benefits in urban areas.  There is therefore wide scope for research in the fields of economics, finance and costing.  Typical projects might include:

Potential impact partners:  The World Bank, The Container-based Sanitation Alliance and members,  The Bill and Melinda Gates Foundation, Water and Sanitation for the Urban Poor. 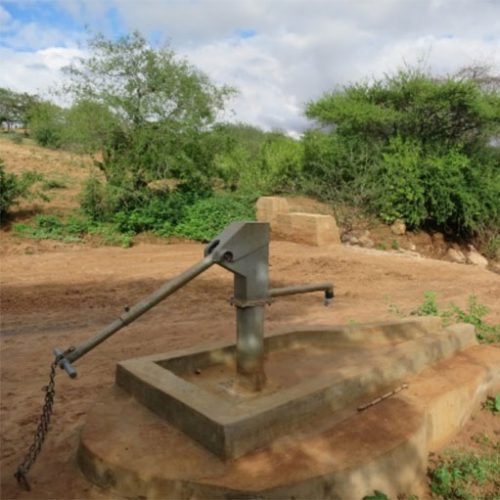 Many semi-arid areas experience highly seasonal rainfall which is mostly lost as run-off. As the dry season progresses water sources dry up.  This can have a direct impact as rural and some peri-urban dwellers have to travel further to collect water, and water may often be of poor quality. Indirect impacts may also result as bulk water supplies and associated distribution systems come under stress and infrastructure may be damaged. By understanding groundwater resources, the linkages between this and surface water supplies, and by encouraging aquifer recharge, communities can access water throughout the dry season, improve resilience to flooding and drought and plan for more resilient and reliable water services. 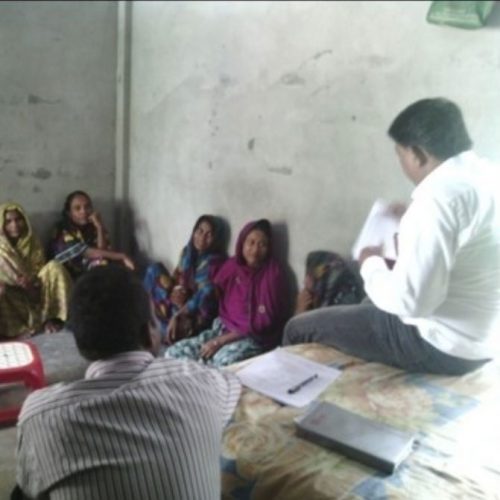 Projects looking to implement or improve services in urban areas will often be defined and shaped by the political context in which they are designed. Political Economy studies look to understand the processes of power, politics and institutions and how they affect the provision of urban services.

In urban settings in developing countries, low-income residents often live in informal settlements that governments have historically not recognised or provided services to. Informal power hierarchies often emerge in such settlements that lead to contests over land allocation and resistance to new services that undermine the existing providers.

Failing to understand these processes often leads to failures in service provision. At a national level, understanding how policy is made and implemented and how governance of services works is vital to creating realistic, pragmatic recommendations for how services can be improved.

National and Local Governments, The World Bank, The Container-based Sanitation Alliance and members,  The Bill and Melinda Gates Foundation, Water and Sanitation for the Urban Poor. 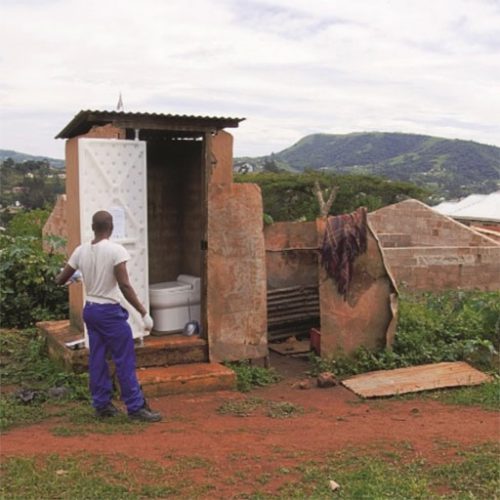 In many dense urban environments, there is no sewage infrastructure and the management of on-site sanitation is inadequate. New technologies are required, but they must be adapted to the social, environmental, financial and institutional context. We are addressing this challenge by supporting the development of new technologies and answering the wider question of whether advanced technology can be appropriate in these settings.   The circular economy presents opportunities for valorising what could otherwise be considered a waste product, but it has yet to be realised in a financially viable way. 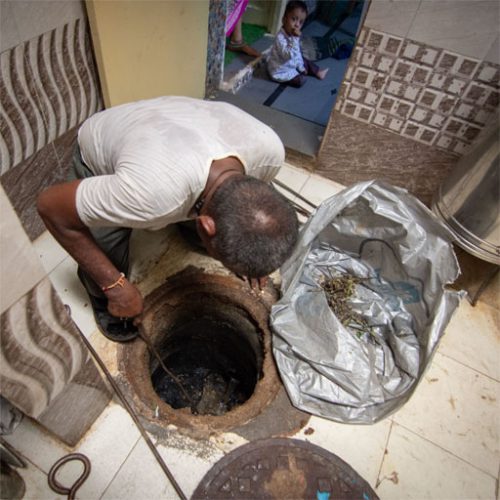 The sanitation development imperative is predicated in part upon the rational hypothesis that a safely managed sanitation system will substantially reduce exposure to human faecal pathogens and therefore will reduce excreta-related disease. In practice, quantifiable health impact resulting from sanitation interventions is elusive, probably because of incomplete achievement of a hygienic living environment in most low-income community settings, in particular where livestock share domestic space. We are interested in the development of new, practical tools and products which will, at a household level, help mothers keep their children healthy but at a higher level will help decision-makers with the identification of hot spots of faecal contamination in neighbourhoods as a precursor to prioritised decision-making. 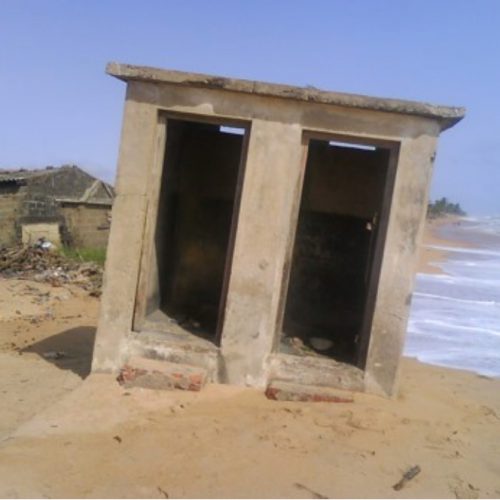 It is now widely recognised that climate change will lead to more frequent weather extremes. This together with intensive human activities has led to increased flood risk and posed great pressure on existing WASH infrastructure across the globe, especially in low and middle-income countries. These countries commonly have much lower capacities to adapt, further exacerbating their vulnerability to the climate change and resulting natural hazards.

Lack of investment and systematic approaches in preparedness, particularly for extreme weather events, can easily set the local socio-economic development back by years, or even decades. It is therefore of paramount importance to develop new scientific knowledge and innovative tools to support the development of fit-for-purpose strategies and solutions to enhance resilience of people and communities in different socio-economic and cultural contexts. Recent technological advances in remote sensing, modelling and artificial intelligence have created a timely and unique opportunity for inter-disciplinary research and the development of innovative tools and solutions to address these urgent challenges.

– Developing frameworks to evaluate the effectiveness of policies and strategies on enhancing resilience of people and WASH infrastructure to flooding and other hydro-meteorological hazards. 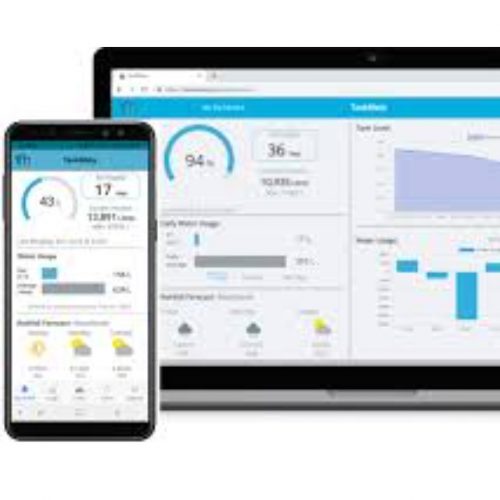 Complex systems for management of human waste and solid waste, require real-time management for optimisation of transport, production of reusable products and user responsiveness.  This can include real time monitoring for management purposes (for example sensors to identify when pits and tanks require to be emptied); real time monitoring for environmental safeguarding and management (for example ground and surface water quality, environmental sampling, spills and overflows, flooding etc); and longer term impact monitoring

– What real time monitoring functions would have the most significant impact on effective management of networks and services in resilient cities?
– What approaches to collection and dissemination of monitoring data are most effective at influencing consumer and operative behaviours? 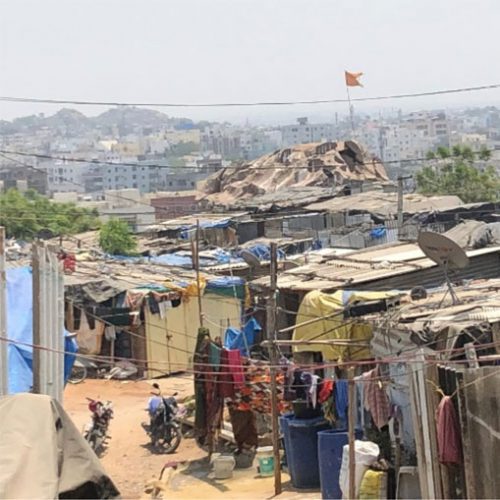 Rapid settlement around the perimeter of rapidly growing cities of the Global South commonly occurs in the absence of formal planning and extends beyond the authority and capability of municipal provision.  Complex settlement mosaics comprising formal populations alongside ‘messy’ and ‘hidden’ communities such as informal slums and migrant camps are characteristics of this form of development.  At the urban fringe, these communities may also have rural characteristics and the strong rural connections of these communities, sustained by circular migration and the continued importance of traditional livelihoods, are important to recognise and build upon.

In the context of provision of resilient sanitation infrastructure and services, this form of development often results in an assortment of different solutions.  This complexity challenges the provision of effective sanitation services and the safe disposal of faecal waste. Frequently the technological, economic and institutional capacity to dispose of waste is inadequate and waste is dumped into the environment posing a risk to public health.

We are interested in how rural and urban sanitation systems can be linked to drive safer (improved public health) and productive (improved economic benefits) sanitation systems in growing cities.  There is a strong need for interdisciplinary research in this space requiring interest and expertise covering environment, people, the economy, governance and integration within the context of spatial planning and urban geography.  In particular we would like to use Geographical Information System (GIS) platforms and data visualisation techniques to engage with urban and rural sanitation stakeholders to develop creative and workable policy and planning solutions.  Working with local stakeholders this research would be used to identify the steps needed to promote more integrated sanitation policy across the urban-rural interface.